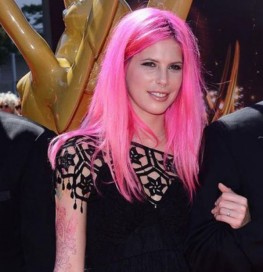 Cleo Elliott is the beauty with the brains. She is known as a multitalented model and a singer, and also as a celebrity kid. She was trained to sing in classical opera and she is among the best talents that came from the city of Malibu. She released the solo CD under the name of No More Lies in the year 2008. She got inspired by Pink Floyd and Guns N’ Roses.

Cleo is multi talented since she is a singer, musician and a model. She is the granddaughter to Katharine W Hall and of Dudley Ross. The parents are Sam Elliot and Katharine Ross. The two are famous in the American entertainment industry. Her parents encouraged her to become a musician when she was still too young and started to play flute and guitar when she was too little. She learned how to sing herself.

From her biography, Cleo Elliott was born in the city of Malibu in California in the year 1984. The parents are Sam Elliot and Katharine Ross, well known celebrities in Hollywood. They met when they were at the set of The Legacy movie. The couple was married in the year 1984 and got Cleo few months afterwards.

She did not have any problem while growing up; she enjoyed the luxury since her father is wealthy. However, she chooses a different career path to that of the parents and decided to be a singer instead. She got the support from her grandparents and parents. She likes to perform live instead of studio recording.

Cleo Rose Elliot studied how to sing from 2002 up to 2006 at the Joanne Barron/ D.W Brown Acting Studio. While studying, she focused at Italian Opera and she kicked off the modeling career. She did appear in a Live Hair styling show for Sexyhair. After the graduation, Cleo had received the training about how she can sign the classical opera under Charity Chapman.

Her parents are icons in Hollywood and they are not only famous for this, but also for how long they have been able to stay together without any divorce. Most of the time, celebrity marriages may be characterized by easy break up with many divorces, but the marriage of Katharine and Sam were able to survive everything in Hollywood. The two had stayed married to one another for over 33 years and the marriage is still going on. For Katharine, it was the fifth marriage but it was first marriage for Sam. They have given birth to Cleo only and they have no other children.

Cleo Elliott is a model and she appeared in many magazines like Malibu Time Magazine and she was together with her parents. She did appear at the red carpet of the Creative Arts Emmy Award in the same year. She attacked her mother which resulted into the restraining order against her.