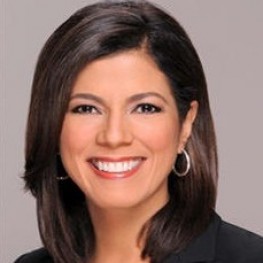 Zoraida Sambolin is an American News anchor and correspondent, who is well known for co-anchoring the show ‘Early Start’ along with John Berman on CNN. Zoraida was born on 10th July 1965 in Chicago and completed her graduation through Loyola University.  Having a good command over both, English and Spanish, Zoraida used to anchor shows in both the languages and became the first Chicago broadcaster to do so. She started her career with WYCC-TV as creator & host of the famous show "Small Talk for Parents" and also a Spanish show "Nuestros Ninos" on WSNS-TV, during the period 1999 to 2002. During the initial phase of her career, she was associated with WYCC-TV, where she used to host the program, ‘Small Talk for Parents’. She joined NBC5 News in 2002 and Telemundo the next year, where she launched and hosted the Spanish show, ‘Nuestra Familia’, the objective of which was to tackle topics related to health and family life.

Zoraida Sambolin was married to Dr. John Hobbs and they both lived in a six-bedroom Prairie-style home in Oak Park. They had two children from their marriage; the eldest, a son, Nico, aged 14 and the youngest, a daughter, Sofia, aged 10. Unfortunately, her marriage with Dr. Hobbs did not last long and it ended in a divorce. Not long after her first marriage ended in a divorce, Zoraida came in close contact with her new boyfriend, Kenny Williams. Kenny himself is a celebrity, being a former outfielder in Major League Baseball and currently holds the position of The Executive Vice President of ‘Chicago White Sox’. Kenny too, has taken a divorce from his first wife and has five children from his marriage. It is rumored that Zoraida had an affair with Kenny Williams, resulting in divorce with her then husband, Dr. John Hobbs. The authenticities of these rumors are however, not verified.

Zoraida and Kenny knew each other since they met at Ozzie’s Salsa and Stars event, which Zoraida was hosting. They spent hours talking to each other over the phone and later started dating in April 2010, after Kenny had returned from his spring training. On the eve of Christmas in 2012, Kenny went down on one knee in his office and asked for Zoraida’s hand in marriage. In his intimate style, he swept the CNN news anchor off her feet, with a relationship offer, she could not refuse. The two got secretly engaged, over the Christmas holidays and announced their relationship in January 2013.

However, fate had something else in store for Zoraida and probably that was the best way for her to identify her true relationships. She was detected with breast cancer and had to undergo a double mastectomy. The news was tough for Zoraida to break to her family and her fans. She had no idea how to inform her children, of what she was going through. She even feared that perhaps, Kenny would walk away from the relationship. Zoraida gained a lot of courage from Hollywood actress Angelina Jolie who had battled the deadly disease. To her surprise and delight, her Children and fiancée Kenny stood right by her side through these tough times. Even the love and good wishes of her fans, gave her the courage to bear the emotional trauma she was undergoing. Zoraida underwent the surgery on 28th May 2013 and was back at CNN on 11th August 2013 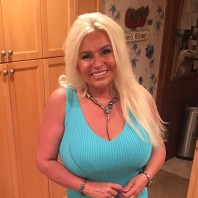 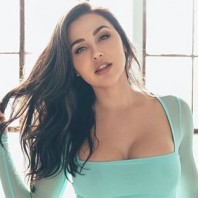